“Our construction workers are nation builders and play a crucial role in the country’s economic prosperity,” Sisodia said.

On Wednesday, Sisodia also distributed 100 free passes to construction workers at a reception held at the secretariat in Delhi. This is in addition to the 14 welfare programs run by the Delhi Building and Other Construction Workers’ Welfare Board (DBOCWWB). Delhi has 12 lakh construction workers, of which 10 lakh are registered with the DBOCWWB.

Sisodia said that in Delhi only a few construction workers get accommodation close to their work site and the majority of them travel to the work site or work from the outskirts of the national capital, putting a burden on them. major economy. To put an end to their travel related problems, the government of Kejriwal has launched the ‘Free Bus Travel Pass’ scheme for them on DTC buses across the city. »

Construction workers can register for free passes on the DTC website or at any of the 34 registration desks set up by DBOCWWB and passes will be issued to them shortly. “They won’t have to walk around offices to get the pass or waste their entire workday waiting in line,” Sisodia added.

He urged construction workers to help other members of the community to register with the DBOCWWB so that they too can benefit from government welfare schemes.

“I travel from Narela to Gurugram for work by bus and metro. It costs me 150-200 rupees per day, which is almost half of what I earn per day. In such a situation, I am unable to save for my family. A free Delhi government pass will now help me save for the future,” said Shahood Alam, a construction worker.

Another construction worker, Mohammad Shamshad, said: “I am a painter and a POP worker. My daily commute to work all over the city costs me around Rs 3,600 per month. When I didn’t have enough money, I had to stay on the construction site. With this pass, I can now go home for free every day. 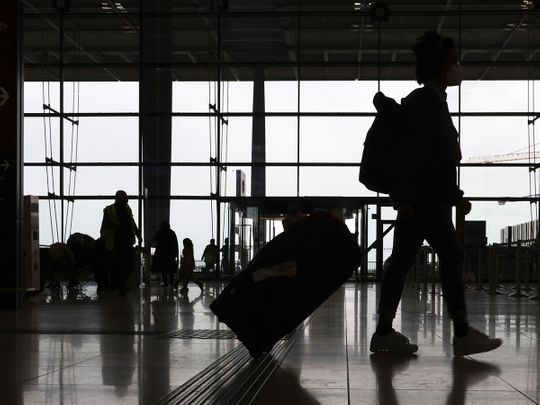