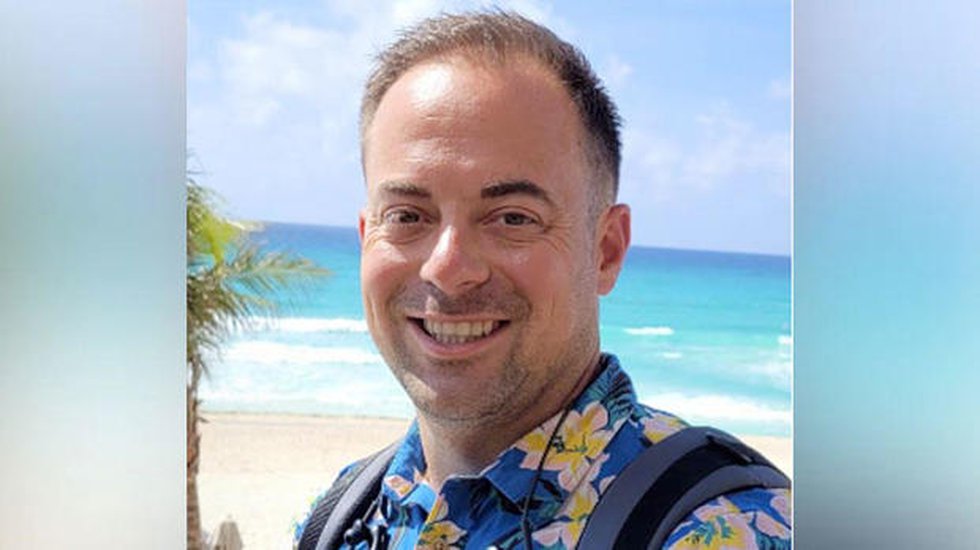 TARRANT COUNTY, Texas (CBSDFW.COM) – The family of killed Arlington firefighter Elijah Snow is suing the Mexican resort where he was killed on July 19, 2021, along with a local travel agent.

Elijah and his wife Jamie Lynn Snow were celebrating their 10th anniversary at the Royalton Chic Cancun Resort & Spa when the father-of-two was allegedly kidnapped and killed.

According to the suit, Let’s Go On Vacay provided the Snows with hotels and resorts to choose from in Cancun.

The incident happened on the couple’s first night at the all-inclusive resort on the strip of beachfront hotels in a popular tourist destination in Cancun.

According to the suit, the Snows arrived at the resort early before their room was ready. The front desk gave them wristbands, which they could use to buy drinks. It was 10 o’clock in the morning. They went to the pool and met other tourists, many of them from Texas.

According to the suit, “As the day progressed, hotel bartenders were pouring, serving, and encouraging most guests to consume shots of hard liquor dispensed at will with no regard for guest safety.” In many cases, the hotel bartender not only served these shots, but encouraged guests to become extremely intoxicated.

At 4 p.m., the Snows had access to their room. They entered, changed and returned to the pool bar. “Again, the Snows continued to drink alcoholic beverages provided by the same bar that had been serving them since 10 a.m. that morning,” the suit alleges.

Around 7 p.m., the Snows returned to their room and changed clothes for a dinner reservation at the resort’s Japanese-themed restaurant. During dinner, the Snows were served a bottle of Japanese sake. It was the only alcoholic drink charged on the Snows hotel bill or tracked as having been consumed by the couple, according to the lawsuit. After dinner, the Snows headed to a martini bar on the same floor where they each ordered a martini. Shortly after, they moved to the Lobby Bar where they were once again served alcoholic drinks.

At 8:40 p.m., Jamie told Elijah that she was tired from the early morning trip and was going to head to their hotel room. Elijah said he was going to finish his drink and then go back to their room. This was not unusual, as he was used to working long hours as a firefighter. But Jamie was exhausted from the long day of travel, according to the suit. She took an elevator to their room and fell asleep.

The station has numerous surveillance cameras located throughout, depending on the costume. The cameras are clearly visible at the entrances and exits of the hotel and in all the public areas of the hotel. However, many security cameras were not working or working properly that night.

Months after Elijah’s death, camera footage was obtained after multiple frustrating requests facilitated by the office of the US Consulate.

Minutes after Jamie leaves the bar, video footage clearly shows Elijah entering the elevator that Jamie had just entered an elevator car seconds before. It allegedly shows Elijah, who appears to be inebriated, stumbling through the bank of elevators while pressing the elevator call buttons. With no immediate response from the elevator, he then proceeds to the opposite end of the bank of elevators and begins to ascend a circular stairwell inside the front of the hotel.

This is the last CCTV in which Elijah is seen alive, according to the lawsuit.

No other video footage of Elijah was found or provided to the Cancun Police Department, Mexico’s attorney general’s office, the United States consulate office, or his now-widow, Jamie, according to the suit. Nor was any footage provided of Elijah leaving the property or walking through the hotel lobby.

Jaime fell asleep that night, only to wake up at 3:30 a.m. to find that her husband had not returned to their room.

From 5 a.m. to 10 a.m., Jamie repeatedly informed hotel staff via WhatsApp that she could not find her husband. She communicated with hotel employees, repeatedly asking them to contact the police or authorities to help find Elijah.

A subsequent autopsy performed by the Mexican Directorate of Expert Services showed that Elijah was already dead when Jaime began looking for him, placing his time of death at 5 a.m. that morning.

Meet the Haitian-American Man Who Built a Successful Travel Company